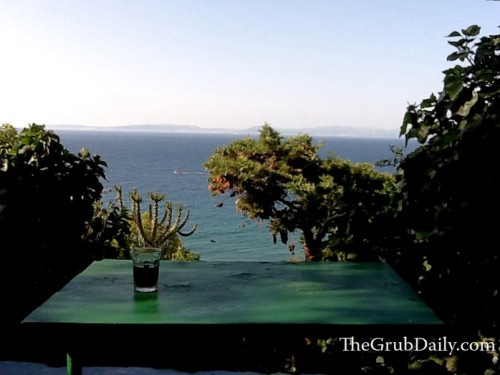 When I told my parents—or anyone, for that matter—that I was going to be traveling to Morocco, they all had the same reaction, asking questions like; but why do you want to go there? Don’t you know how dangerous it is? Wasn’t a bomb recently set off in a café there? I would then negate their concerns with my own questions; haven’t you ever wanted to take a camel ride through the dessert? Or sit on decorative floor pillows and smoke hookah while sipping tea and listening to gypsy music?  Haven’t you ever seen the Sex & The City movie where they go to Morocco? If its safe enough for Carrie, then its safe enough for me! (and yes, I actually referenced Sex & The City to validate the safety of Morocco).

Bottom line: nobody could talk me out of going to Morocco, and I was genuinely excited for the adventure. I’m always reading about celebrities that go to Casablanca and Marrakech, living up the lifestyles of the rich and famous. But as our ferry from the South of Spain pulled into the port of Tangiers, Ariana and I realized that our idea of Morocco might have been a little falsely shaped by Hollywood. And once we made our way off the ferry, we concluded that Morocco might be safe for a celebrity with a bodyguard, but is definitely not the place for 21 year-old girls…on a budget, none-the-less! You really can’t try to cut corners with money when the safety of your life is at stake.

Anyways, there we were at the port with all of our luggage (the only people mind you, because we took a car ferry and everyone else drove away when it docked…like you’re supposed to do) and we had not the slightest idea where to go. We couldn’t speak the language and there was no map or information desk—welcome to Africa! I was starting to have a kniption when I remembered reading somewhere that Jimi Hendrix used to write a lot of his music at a place in Tangiers called Café Hafa. Naturally, that was our next destination.

I don’t think that much has changed at Café Hafa since the days when Mr. Hendrix was there (except you can’t smoke Hashesh at the café now…you need to “hashesh before,” as the owner put it), but the place has the most incredible view overlooking the Strait of Gibralter. 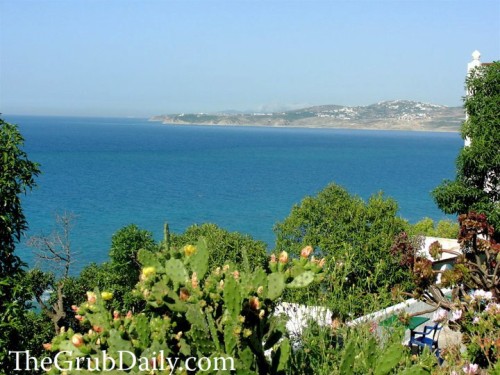 The café is a series of terraces stacked down the side of a mountain (all outside), with various green picnic tables and mismatched rusty chairs. They serve one or two types of food and a variety of beverages, including the infamous Moroccan Mint Tea. Café Hafa was my first tea experience in Morocco, but certainly not my last. I think that the tea is so popular out of necessity, given that the water is unsafe to drink. Why not boil out the bacteria, add some mint and sugar, and drink it that way? It’s a delicious and safer alterative to plain unsanitary water! 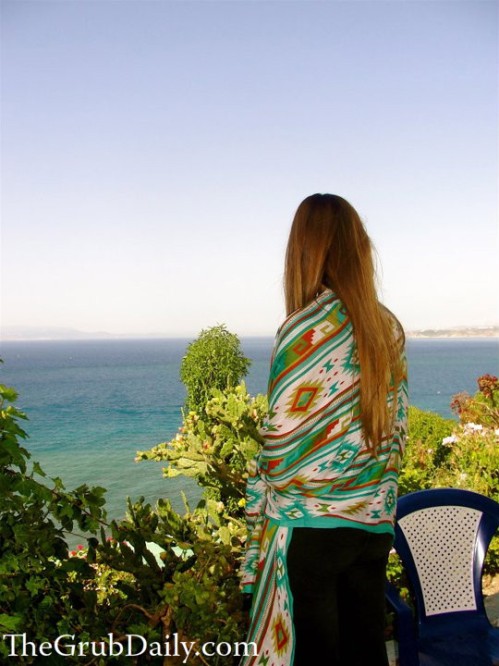 Ariana and I were too afraid to leave the café and step into the crowded city streets with all of our stuff, so we spent the following seven hours at Café Hafa journaling, reading, listening to music, and taking in the views. Then we used our Spanish to communicate with another couple sitting nearby, who eventually offered us a ride (in a school bus for some reason) to the train station where we hoped on the overnight train to Marrakech.

One response to “{ High Tea in Tangier, Morocco }”